At the age of 23, Madeleine Lim escaped persecution by the Singaporean government for her organizing work as a young lesbian artist-activist. Ten years later, she created Sambal Belacan in San Francisco, a film that is still banned in Singapore for its exploration of race, sexuality and nationality. As one of a small number of queer women of color filmmakers on the international film festival circuit, she saw that only queer women of color would tell their own authentic stories. She created Queer Women of Color Media Arts Project (QWOCMAP) with the belief that a community of artist-activist leaders could change the face of filmmaking and the social justice movement.

As founding Executive/Artistic Director, Lim directs organizational vision and provides artistic direction for all QWOCMAP programs. She is an award-winning filmmaker with more than 20 years of experience as a producer, director, editor, and cinematographer. Her films have screened at sold-out theaters at international film festivals around the world, including the Vancouver International Film Festival, Mill Valley Film Festival, and Amsterdam Amnesty International Film Festival. Her work has also been featured at museums and universities, and broadcast on PBS to over 2.5 million viewers.

Lim holds a B.A. in Cinema from San Francisco State University, where she was awarded Outstanding Cinema Student of the Year. Lim’s films have received awards from the prestigious and highly competitive Paul Robeson Independent Media Fund, as well as the Frameline Film Completion Fund. She received the 1997 Award of Excellence from the San Jose Film & Video Commission’s Joey Awards and won the 1998 National Educational Media Network Bronze Apple Award. From 2000 to 2003, she was a California Arts Council Artist-in-Residence. Under Lim’s leadership, QWOCMAP’s Filmmaker Training Program was awarded 2003 Best Video Program by San Francisco Community Media. In 2005, Lim received the LGBT Local Hero Award from KQED-TV in recognition of her leadership of QWOCMAP and her dedicated service to the queer women of color community. The Featured Filmmaker at the 2006 APAture Asian American Arts Festival, Lim has twice been awarded the San Francisco Arts Commission Individual Artist Commission for her new film about her mother and other girls adopted from China. She has won the 2007 DreamSpeaker Award from Purple Moon Dance Project, and the 2010 Phoenix Award from Asian Pacific Islander Women & Transgender Community (APIQWTC). 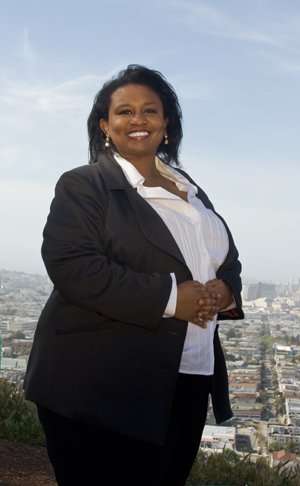 Drew has professionally managed development, operations and events for corporations, community, arts and nonprofit organizations for over 15 years. She is also a member of the Frameline (SF LGBT Film Festival) Board of Directors. She holds a B.P.A. in Nonprofit Administration from the University of San Francisco.

Born in Memphis, Drew is a 2nd generation activist. She is also an award-winning poet, dancer and writer who has performed throughout the U.S., Latin America and Europe. A Cave Canem Poetry Fellow, Drew has won the Audre Lorde/Pat Parker Award and the Astraea Emerging Lesbian Writers Award. She has also won the Irene Weed Dance Award and Robert Kuykendall Dance Scholarship. Raquel N. López is a lawyer, filmmaker, fundraiser, community builder, entrepreneur and drag king. Born and raised in Mayagüez, Puerto Rico, she left home in 2006 and landed in Northampton, MA. Raquel holds a degree in Philosophy and Psychology from Smith College, and a law degree from The University of San Francisco. In 2017, Raquel founded Por Una Causa, a non-profit organization committed to advancing social justice through innovative fundraisers that directly benefit organizations serving high-risk populations in Puerto Rico, the Bay Area, and beyond. In the not so distant future, Raquel hopes to open her own legal practice offering affordable legal services to the LGBTQ+ community. Though she loves living in wonderful Bay Area, Raquel misses her home and her family every day. Christina is a rising senior at Bates College in Lewiston, Maine. She is pursuing a Bachelor of Arts in Gender and Sexuality Studies, with a minor in African American studies and concentrations in Queer Studies and Racisms. Her interest in activism and social justice has guided her fields of study and community work at Bates. Both her academic and personal experiences as a biracial white and Chinese-American woman have instilled in her a deep investment in bringing visibility to queer women of color and their lived experiences. She aspires to run a queer/anarchist/feminist bookstore and community space sometime in the future, but in the meantime she is happy to study, learn, write, resist, and dance. An award-winning coder fluent in multiple programming languages, Catrina is an active member of the open source community. Catrina is the New Media Strategist for the ACLU of Northern California, a QWOCMAP alumni, and part of #Asians4BlackLives, a group that supports the safety, justice, and resilience of black communities—so all communities can prosper. She is a queer butch pinay born in Manila, raised in the Bay, and currently living in Oakland.

Catrina built the 2015, 2016, and 2017 Queer Women of Color Film Festival sites and QWOCMAP’s video on-demand site. In 2016, she updated qwocmap.org. Catrina began her relationship with QWOCMAP in 2003 as a filmmaker participant.

Den is responsible for QWOCMAP branding, and designs all promotional materials, including the Festival Program Book, posters and postcards.