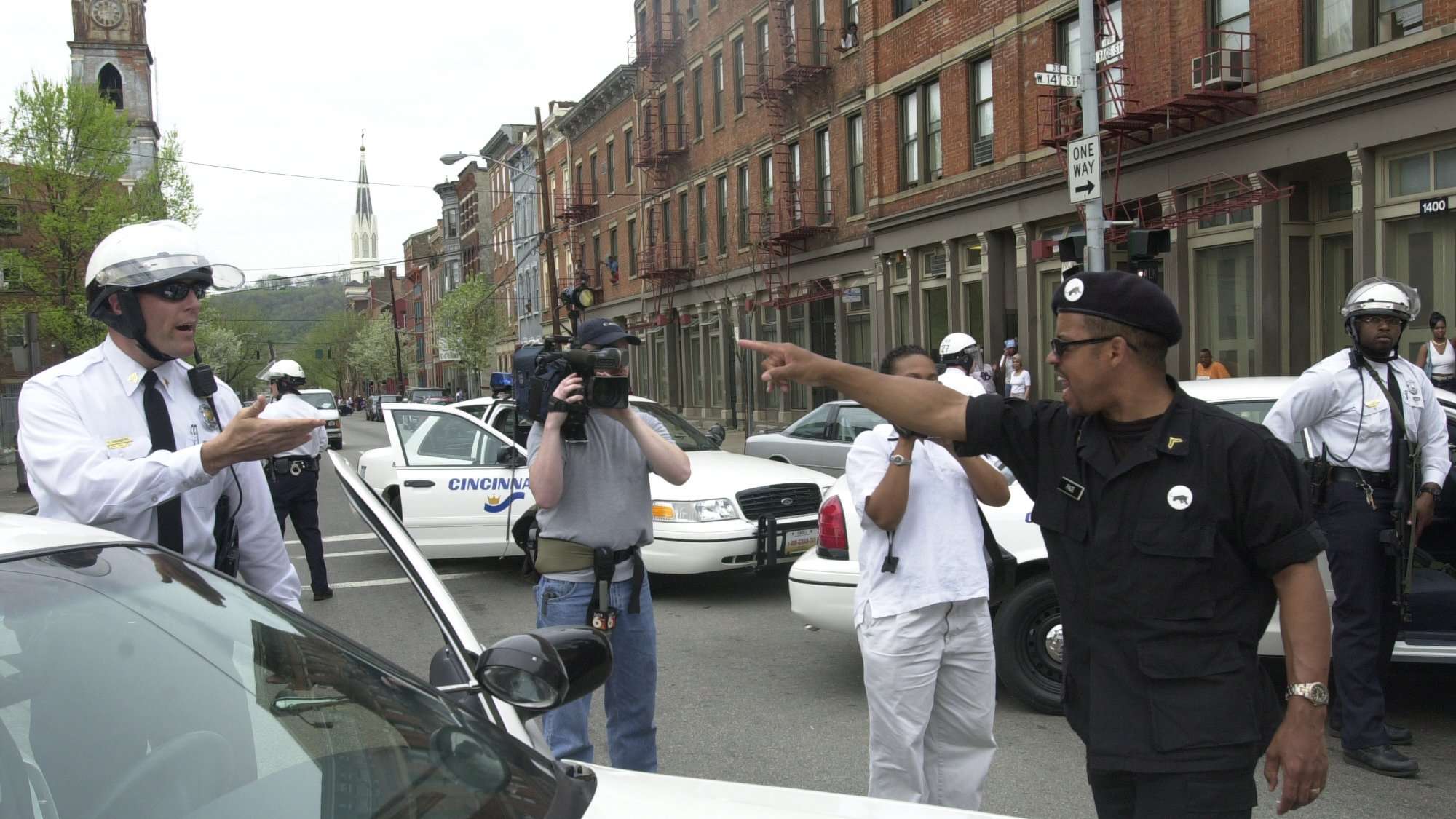 Cincinnati Goddamn
Predating Ferguson by more than a decade, Cincinnati Goddamn is set amidst the far-reaching shadow of a federal DOJ investigation and the powerful light of grassroots activism, where scholars Michelle Alexander, Manning Marable and Jill Nelson presciently set the stage for a national conversation about police brutality against Black people. Yet it is the painful struggles of parents coping with loss and communities dealing with despair that show that justice can be a part of healing.

Community Conversation: Film & the Nation-State
It is clear that the nation-state impacts films and filmmakers, even as they subvert their relationships to the state through their art, and especially as they document, shape and define the very social justice movements that seek to change institutions and policies.

The Community Conversation will explore the use of film for policy and human rights advocacy, and examines a global film industry and an international film community in the context of government censure and support.